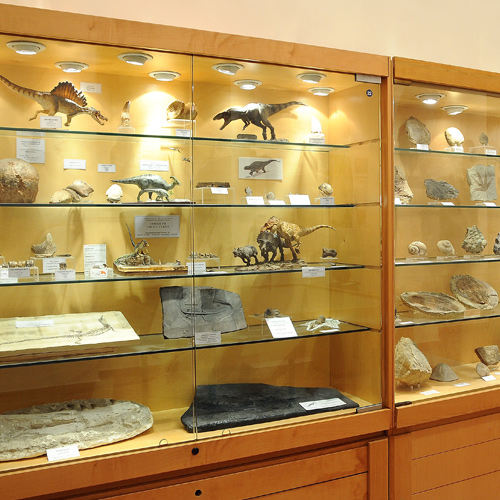 Two dinosaur eggs, one of which is a sauropoda (herbivorous) and the other a velociraptor (carnivorous) are on display in a case. Worthy of mention, in terms of their scientific value, is a Nothosaurus and a Mesosaurus, one of the most important reptiles for understanding our planet’s geological history, by means of Alfred Wegener’s well-known “Continental Drift” theory.

In the same section, you can also see some splendid fish from the Cretaceous period (135-75 million years ago), slabs with reptile tracks from the Permian period (270-220 million years ago) and fossils of amphibians and other marine animals. Of particular beauty is the Canadian Ammolite, a precious ammonite donated by Antonio Percuoco; it is fossilized on a basalt slabs of volcanic ash, rich in aragonite, which explains its brightly-hned, multicoloured appearance.

One small display case houses a faithful reproduction of “Ciro”, made by palaeontologists from the Natural History Museum of Milan. Ciro is a baby Scipionyx samniticus, found in Pietraroja (Bn), and is the only dinosaur to have been discovered complete with its internal organs. Also on display, you will find some interesting dinosaur relics (teeth, claws, vertebrae etc.) along with didactic models of the reptiles themselves. The relics were donated by the famous Canadian palaeontologist Philip J. Currie, the first winner of the Capo d’Orlando award. 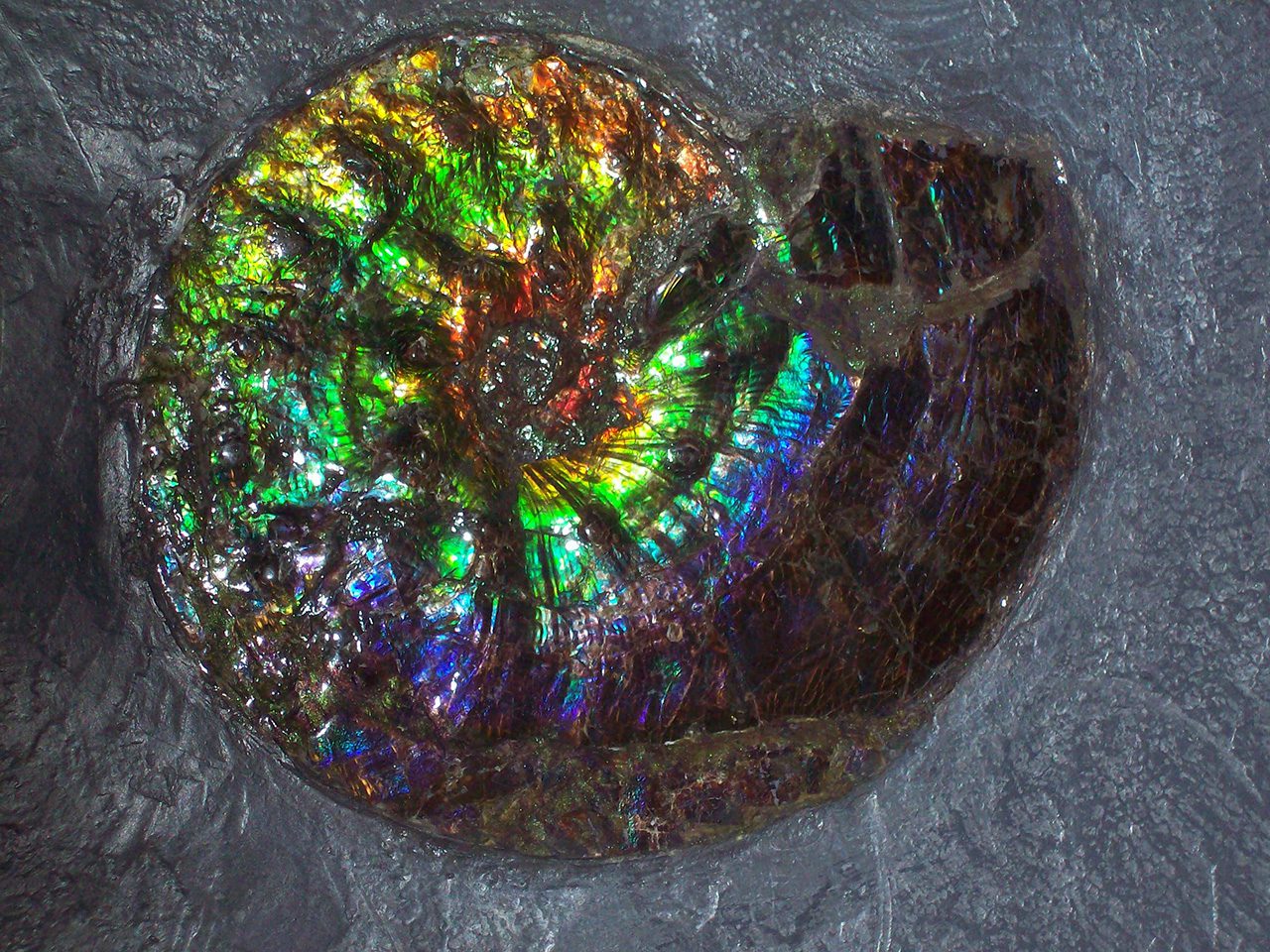 The ammolite is a remarkable 71 million year-old ammonite fossil that has been mineralized in iridescent aragonite. This is a process which occurs thanks to the numerous layers of betonite (volcanic ash) found only in the stratification of the Bearpaw Formation in the south of Alberta in Canada, close to St. Mary River. These are the only fossils in the world to have been officially granted gem status, in 1981, by the World Jewellery Confederation (CIBJO) and by the Gemmological Institute of America. That is why they are measured in carats (kt) in the same way that diamonds are. The unusual iridescent colours emanated by this shell are due to the refraction of light over the various levels of the aragonite structure. Each colour represents a different layer from which the light gives off an almost complete spectrum of visible light, blue being the most infrequent colour. The sample found in the Campanian Mineralogical Museum, which is preserved in its matrix, and which comes from the only site in the world in which this sort of conservation occurs, was donated by Antonio Percuoco. The ammolite is 11.5 cm at its widest point and has undergone no alteration whatsoever. Until today, the only sample of this natural jewel in Italian museums was that belonging to the Natural History Museum in Milan. Moreover, there are only two other samples on display in the whole of Europe, exhibited in museums in Berlin and in Lyon. 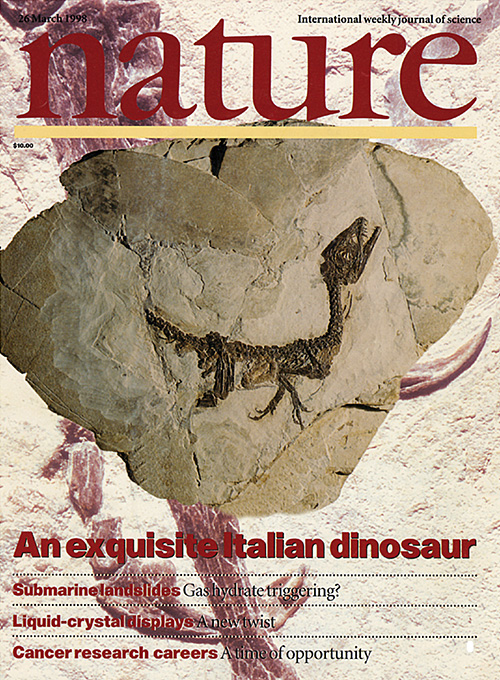 Amongst the localities in Campania in which fossils have been found, which bear witness to the great geo-morphological and climatic changes that took place over the geological epochs, are Capo d’Orlando (Vico Equense) and Petraroia (Benevento).
In Petraroia (960m above sea level), already well known in the 19th century for the discovery of ichthyolites very similar to those of “Castellammare” (Castellammare-Vico Equense area), a fossil of a new species of dinosaur from the Lower Cretaceous (113 million years ago), was found in 1981.  Paleontologists have classified it as scipionyx samniticus, more popularly known as “Ciro”.

The specimen is 23cm long and is in an excellent state of preservation. What makes Ciro unique is that, in addition to the bones of almost the whole body, there are also traces of internal organs with a short intestine of wide section, typical of a carnivore, and other soft tissue including the liver and the muscles of the tail. Ciro was a newborn who, once hatched, lived only for a few days. This is evidenced by the large orbital cavities and the short snout. The find and its subsequent classification were honoured with the cover of the prestigious Nature magazine in 1998.

Exhibited in the museum are a life-size, three-dimensional reconstruction of the plate with the fossil and a scientific model made in the Civic Museum of Natural History in Milan. Ciro is shown in a diorama which reproduces his natural habitat with animal and vegetable species typical of the tropical islands which constituted Italy in the Creteceous period.